We Offer Virtual Consultations for Your Arlington Project During this COVID-19 Pandemic.

Contact Us to Arrange a Virtual Consultation for your Arlington Project.

Think about this. First off, You are already a WINNER, just being an Arlington Homeowner!

Moving will mean LEAVING and LOSING all of these treasures:

Your Neighborhood, Your Home, Your Friends, Your Schools, Your Neighbors, Your Community, Nostalgic Architecture and Style, The Close-in Location, Being a part of Arlington, A ton of Money $

PLUS - You could potentially SAVE from $300K to $500K by remodeling instead of moving.

You can "GROW" your existing house to fit your growing needs.

Cook Bros is the #1 Remodeling Contractor in Arlington! 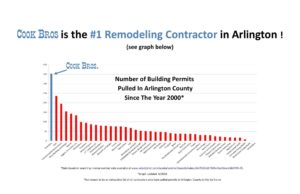 Keep Up With What's Happening In The Industry

Thinking about Remodeling but Not Sure How to Decide Which Bid or Contractor to go with?

Contractor Selection is one of the MOST CRITICAL decisions a homeowner will make affecting the success of their remodeling project.
The simple, but not immediately obvious, reason that Cook Bros. is privileged to be able to enjoy this "#1 in Arlington" distinction, is a RESULT of hundreds of well-informed homeowners choosing Cook Bros. instead of other competitors.
Doesn't it follow that there MUST be some REAL reasons they chose Cook Bros.?... and have been doing so for over 30 years?
At Cook Bros. we understand that you have choices. You don't HAVE to call Arlington 's #1 Remodeler...
But why wouldn't you at least talk to Cook Bros. ?

Get a Free Estimate

How To Guarantee That Your Remodeling Dream Doesn’t Become A Nightmare! 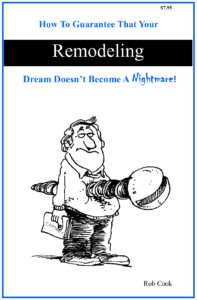